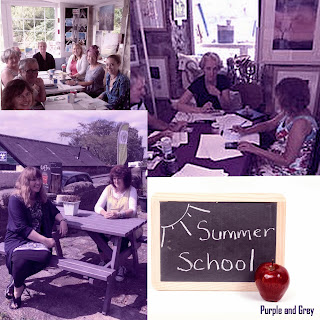 What a lovely morning with The Summer School we couldn't squeeze anymore in (a couple are missing off this photo too!) we couldn't be happier with the way the group worked together and discussed The Art of Branding.When you are starting out in business or thinking of a change it helps to attend a few courses to focus your goals and meet like minded people and realise that you are not alone.This mornings group went away with a handful of notes ready to take their business to the next level. We cant wait to see the results!​Our next Summer School events are:The Art of Pricing Wednesday 24th August 2016 at Studio 61 Gallery. 10.30 - 12.30 Pricing your work can be the hardest part of creating. This Purple and Grey group workshop will offer guidance from an artist and gallery perspective in order to achieve maximum profit.£15 include free tea / coffeeTo book/pay here https://www.paypal.me/purpleandgrey/15The Art of writing a press release, with Amanda Penman Editor of artsbeat magazine.Wednesday 21st September 2016 at Studio 61 Gallery. 10.30 - 12.30 Ten tips on how to get your press release used. Useful for catching the attention of local / national magazines,TV, radio, newspapers and online. Amanda Penman has over thirty years of experience writing for and editing national newspapers.At the end of this seminar you will understand the techniques needed to get your story published. This seminar is timed for you to be able to get ready for the Christmas art fair season. Limited spaces available. .£21 include free tea / coffeeTo book/ pay here https://www.paypal.me/purpleandgrey/21For any workshop there are only ten spaces available so it is important that you book in advance To book email: purpleandgreyinfo@gmail.com
Posted by Ruth Gray Images at 18:52 No comments: 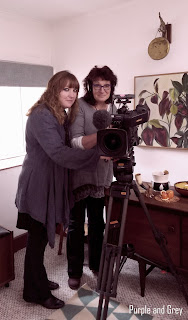 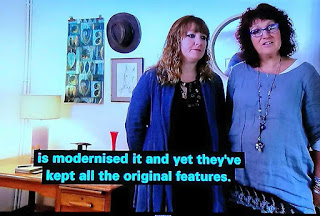 So look out for House Doctor Episode 14 later in the year you may catch a glimspe of Purple and Grey!
read all about the new House Doctor series here
Posted by Ruth Gray Images at 18:57 No comments: